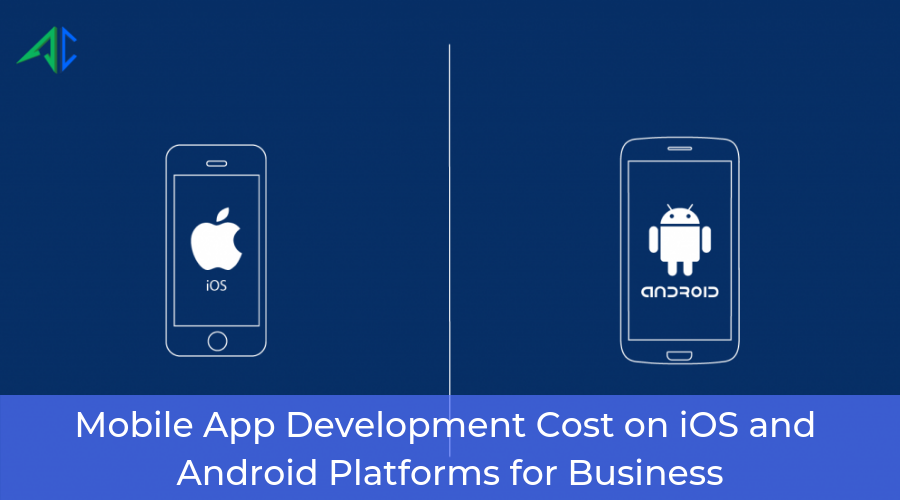 In this blog post, we have listed different factors that are considered while deciding the mobile app development cost for both iOS and Android.

In today’s smartphone dominated world, it’s vital to have a mobile app for your business to target by leaps and bounds of growing smartphone users across the world. According to reports, the number of smartphone users worldwide will be 2.71 billion and 2.87 billion by 2019 and 2020 respectively.

So, if you are yet to plan to adopt a mobile strategy for your business, not surprisingly, you are far behind your competitors, talking in the context of those adopted the same and reaping out potential benefits of it.
For business app development, you can target the two most popular platforms – iOS and Android. Each platform has its importance and offers numerous remarkable advantages for business. Some businesses prefer to go with either of these two whereas others opt for both platforms for the app development.

Take a look at certain major differences outlined below;

Here’re factors that have a greater impact on mobile app development cost on both iOS and Android platforms.

These professionals are concerned about handling graphic works including menus, buttons, navigation, background, etc. All these factors are directly related to enhancing user experience.

They perform the job of coding and overseeing the structure into a single whole.

They conduct testing of the final product to identify any technical glitches or bugs and remove them with quick solutions. They ensure the app’s functionality is smooth and apt for good user experience.

Types of iOS and Android Apps and their Costs

Take a look at the following important costs that you need to keep in mind while developing mobile apps:

iOS is a great platform for the many businesses that want to build an innovative, secure, and smooth performing mobile...

Here’s Everything You Need to Know About Mobile App Development

Here’s Everything You Need to Know About Mobile App Development

The surging demand for mobile apps says all about the importance of mobile app development in today's era. This blog...

App development is one of the hottest trends among industries, and many businesses want to capitalize on this trend. This...