App of the Week: SHOWTIME Anytime – TV, Movies and More 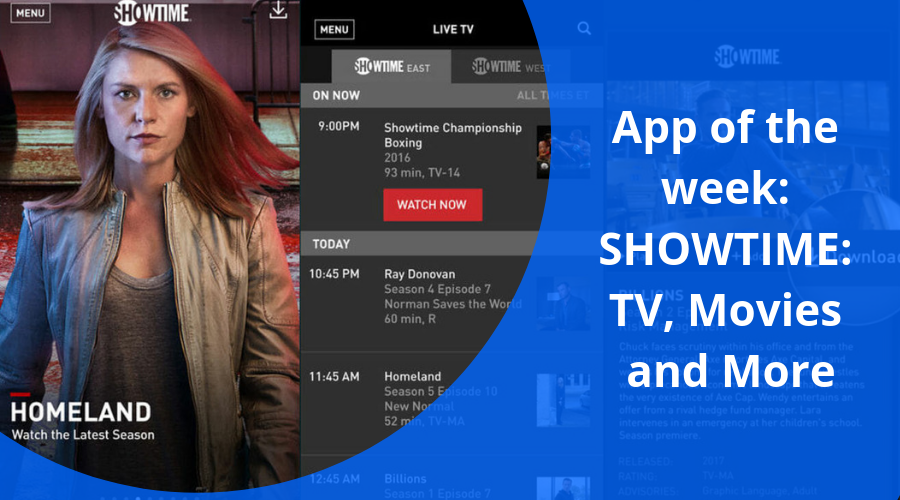 Are you longing for your favorite series or movies and attempting to relieve the boredom? It’s showtime. In this blog, we’ve picked ‘SHOWTIME Anytime’ as our app of the week that lets you enjoy your favorite shows anytime, anywhere on-the-go.

From Netflix, YouTube to Amazon Prime, and others, there is video streaming service for every genre. According to Forbes research, Netflix added almost 16 million subscribers during the first three months of 2020. YouTube has over 2 billion monthly active users, and the list of such exciting stats is never-ending.

The online video streaming industry is becoming increasingly popular. In the past few years, streaming apps have revolutionized how people consume video content. A streaming app like SHOWTIME Anytime is bringing people closer to the cinema and enhancing their cinematic experience day by day. Considering the stats mentioned above and the increasing popularity of movie streaming apps, businesses are avidly looking for professional app developers to build a persuasive streaming app.

What Is SHOWTIME Anytime?

SHOWTIME Anytime is a service that provides instant access to award-winning series, movies, groundbreaking documentaries, laugh-out-loud comedy shows, hard-hitting sports, and much more in the US and its territories and possessions. It lets you watch live TV or catch up on-demand on your TV, tablet, phone, or computer.

When offered through a participating TV provider or streaming service, SHOWTIME Anytime is available free as part of your existing SHOWTIME subscription. You can download your favorite shows for later watch anywhere and everywhere. SHOWTIME Anytime app is available for free on iOS and Android and contributes more in today’s streaming world in the best way possible.

How does the SHOWTIME app work?

The app is a masterpiece from SHOWTIME Digital Inc. to stream content anytime. Being one of the most sought-after streaming apps, SHOWTIME Anytime lets users browse different videos to download or play. Let’s see how it works.

Offered through participating TV providers and streaming services, SHOWTIME Anytime is available at no additional cost as part of your existing subscription. The SHOWTIME Anytime app holds various exciting features that can pull your attention instantly. Let’s jump right in!

To conclude, SHOWTIME Anytime is a free, easily accessible, and engaging on-the-go video streaming app. It is a standalone streaming service that enables you with a high-speed internet connection in the US and its territories and possessions and lets you enjoy your favorite show, movie, and everything within a few taps. Just give it a download and enjoy your favorite show anytime, anywhere.