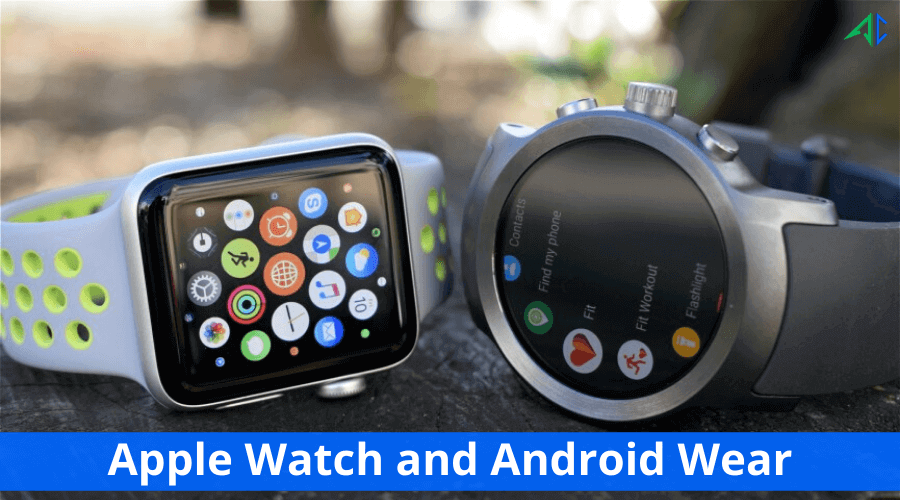 In this blog, we will talk about the top wearable app development concepts for Apple Watch and Android Wear to assist businesses.

Wearable technology has opened up a new space in the mobile industry and is getting as popular as smartphones. There are numerous wearable devices available in the market that are paired with their requisite wearable apps to make users’ life easier, comfortable, and exciting. The most demanding wearable devices now are Apple Watch and Android Wear.

Wearable devices are bringing the world of imagination to reality, and every individual is getting fascinated by these devices at present. Wearable apps run straight on the device and have access to device’s hardware such as GPU and sensors. There are many amazing apps available on the stores that offer great functionality and usability. But there is always scope for new concepts.

Before we begin with some top concepts of wearable app development for Apple Watch and Android Wear, let’s first understand the basics of wearable devices and its apps.

What is a Wearable Device?

The name ‘wearable’ itself illustrates that it is something related to wearing. Therefore, a wearable device is a technology or we can say an automatic hands-free gadget with practical uses that we can comfortably wear on our body. These wearable devices track information on a real-time basis. It works on motion sensors, which easily get paired and synced with smartphones and staying connected with smartphones via Bluetooth.

What is a Wearable App?

An app that has access to user’s device software and hardware such as notification, app features, real-time analytics, sensors, etc. is known as wearable apps. A wearable app collects data from the wearable device and gets connected with the help of the network to provide added functionalities and meaningful information.

As per the stats, with total wearable device sales revenue of 16.07 billion in 2016, 33.78 in 2019, it will keep on increasing with the expected return of 73.27 billion by 2022, wearable devices are a large playing field. This trend demonstrates that it opens up an exceptional opportunity for businesses where they can work on wearable app development ideas to drive crazy revenue out of it.

For cross-platform, a company can always opt for Xamarin Developers. Besides, the development of a wearable app is undoubtedly a smart choice for your business as it takes less cost compared to the development of smartphone apps and add benefits to your existing apps.

Fitness and health have always been people’s priority, if not everyone, at least the majority of the people are gravitating towards the idea of being fit and healthy. Better health leads people to lower hospital bills and a happy life.

In today’s time, having a conversation daily via text is very common, and everyone is fond of the ongoing messaging trend. Users communicate via messages, not only with friends and relatives but also with their office mates.

With the spreading popularity of chat trends, it is crucial to use the advanced chat feature in the development of wearable apps so that users can receive, see, and reply to messages from wearable devices by pairing up their smartphone with wearable apps.

Social media is life and limb for people nowadays. Everybody wants easy access to their social media accounts on the tip of their phone. Social media platforms are flourishing these days, and wearable devices, along with mobile phones, are a great contributor to it.

Also read: What is the Future of Augmented Reality in Mobile Apps?

Voice assistant is a technology that has made many people’s lives easier and more organized. Voice assistant feature is considered to be a great idea to instill when it comes to thinking about the wearable app development ideas. With this feature, users can get their work done efficiently.

Getting real-time navigation, traffic, transit information, exploring whereabouts by knowing where to eat, drink, and go is always in demand and can never go out of an individual’s need. Inculcating GPS technology in wearable apps is a smart concept from your business point of view. By doing so, users can easily navigate to places via their wearable apps by pairing up with the wearable app.

Emerging Trends and Features to Build an Outstanding App

Emerging Trends and Features to Build an Outstanding App

Do you want to stay one step ahead with a successful app? In this blog, we will talk about the...

What Are the Benefits of Integrating Machine Learning into Mobile Apps?

What Are the Benefits of Integrating Machine Learning into Mobile Apps?

Machine learning has been used in numerous fields, and now it is looking forward to leaving its imprint on mobile...

What are the Different Types of Digital Wallets?

What are the Different Types of Digital Wallets?

In an ever-evolving new-age world of payment methods, digital wallets are stealing the spotlight. In this blog, we'll walk you...