App of the Week: Fulldive VR – Virtual Reality App for Everyone 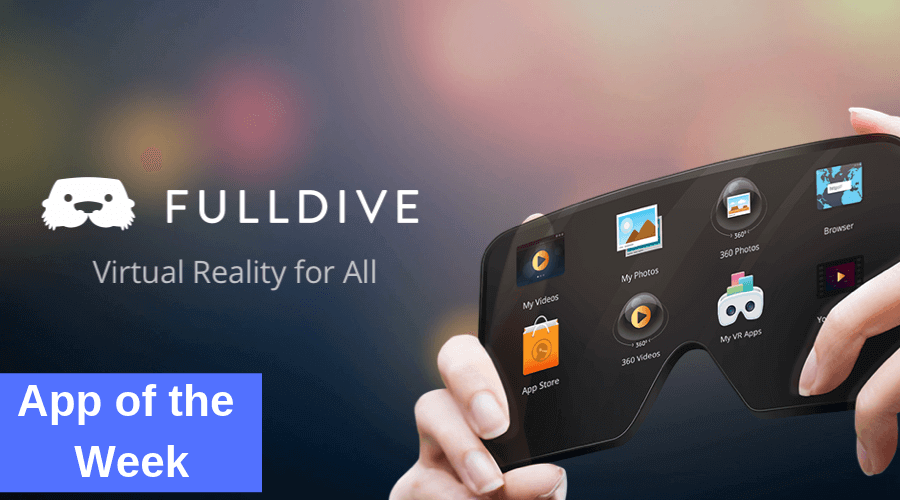 Virtual Reality (VR) is an immersive technology that allows users to experience a whole new world. In this blog, we’ve picked ‘Fulldive VR’ as an app of the week, a 100% user-generated VR content and navigation platform that will give you an incredible experience.

Virtual reality is transforming the imagination into reality and providing a competitive edge for businesses nowadays. Plenty of marketing solutions and mobile app development are expected using this technology in the future. With endless benefits, VR technology helps businesses improve customer satisfaction and customer loyalty, resulting in increased profit.

According to stats, 42.9 million Americans used virtual reality at least once a month in 2019, the global VR market is expected to top $34 billion by 2023. Also, the gaming and entertainment media hold 40.5% of the virtual reality market share. Considering such stats, businesses are investing more in AR & VR development for better revenue.

What Is Fulldive VR?

Fulldive VR is one of the best all-in-one social and VR platforms and the easiest way to give a completely immersive experience. Fulldive VR has 100% user-generated content with over 1 million videos and hundreds of VR apps, approved by renowned sources like Facebook, YouTube, and others. With Fulldive VR, users can access VR videos, galleries, app stores, and travel to places users never imagined.

With over 6.5 million downloads, the Fulldive VR app is thriving unprecedentedly, and the app is available for iOS and Android devices and compatible with Google Cardboard and Daydream. The application lets users gain a real experience of accessing new generation media. All VR content featured on the app is highly engaging and growing tremendously.

The Fulldive virtual reality app pushes VR beyond immersive headsets. It is a complete feature-packed VR app, letting users follow what your friends watch, react, and comment on, and share your favorite reacted videos. It works in the following ways: 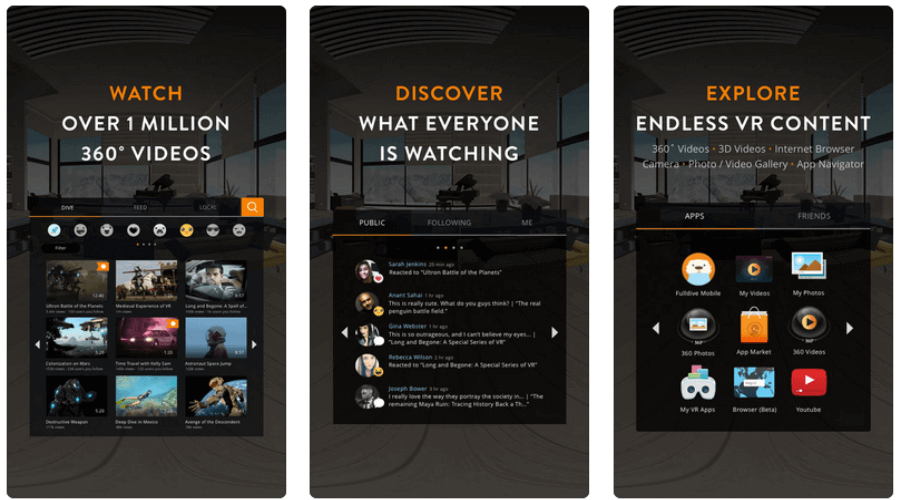 To conclude, VR is one exciting and emerging technology that delivers impressive user experience. Likewise, Fulldive VR is a 100% user-generated VR content and navigation platform with all the competencies and functionalities required to deliver a unique VR experience.