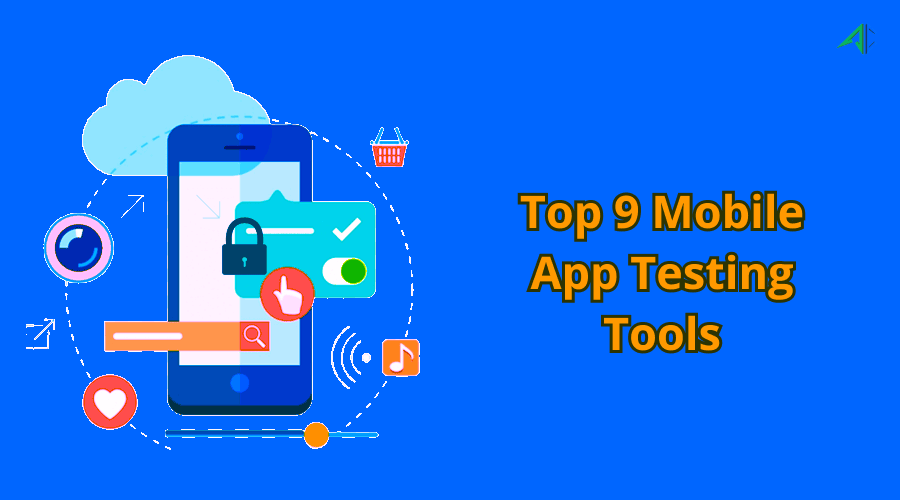 A smartphone has become an indispensable part of everybody, whether it’s an individual or a corporate. People these days are spending around 90% of their mobile time on apps only. Therefore, having a mobile app is mandatory for businesses today to maximize their reach, outperform competitors, and ultimately generate more revenue.

Users are likely to abandon a mobile app if its functionality and usability are problematic, irrespective of how promising and visually appealing the app is. The worldwide uninstall rate for apps after 30 days is 28%. The reasons for the same can be anything.

So how to decrease the app uninstallation rate? Meticulous testing is the answer to all your mobile app concerns. Mobile testing provides the answers to mobile woes and could help developers prevent the failure of the app. Hire a well-versed mobile app development company that can perform foolproof mobile app testing and keep your app infallible.

So with no further delay, let’s get to know about the importance of mobile app testing and the difference between automated vs manual app testing before we jump right to the list of app testing tools. Ready? Let’s get right in!

Why Is Mobile App Testing Important?

The applications need to be tested for confirming device compatibility. This will ultimately enable businesses to stay competitive and function seamlessly.

All code is guilty until proven innocent. So how would you make it naive? Through precise testing. And that’s why mobile app testing is crucial.

All in all, mobile application testing enables enterprises to build applications that are scalable and accessible infallibly across multiple platforms.

When it comes to quality assurance (QA), testing automation is one of the greatest choices for all. It is widely adopted. However, when it comes to functionality and first impressions, nothing can replace manual testing.

Automated mobile app testing is speedy and reliable, cost-efficient, scalable for larger mobile apps, can run multiple tests simultaneously, and even perform tedious tests effortlessly. Automated testing can’t find the errors it isn’t programmed to find. For a smaller project like MVP, automated app testing is not advisable as it becomes tedious and wasteful.

As said before, manual testing is irreplaceable. Manual testing is more accurate, faster, and cost-effective for small projects, handles more complex testing, and replicated real UX. If the app crashes, it needs to be located with manual testing, as do usability and user experience scenarios.

This is one versatile tool since it supports manual as well as automated app testing, but it’s more gravitated towards manual testing. TestLink is free, open-source, and offers a lot by providing linking specific needs. It syncs both requirements specification and test specification together. TestLink supports test reports in various formats like Excel, MS Word, and HTML.

An automated UI testing tool from SmartBear that allows creating, maintaining, and executing UI tests for web, desktop, but precisely mobile apps. TestComplete allows testing native and hybrid mobile apps. This tool is flexible and easy-to-use that can run tests on emulators, real devices, or virtual machines. With TestComplete, you can increase test coverage and ensure that your app is infallible.

A widely-known open-source, web-based automation tool, available to use anywhere. It is one of the best app testing tools in the market because of its various unique offerings. Moreover, Selenium does not need a high level of scripting knowledge. Therefore, it is clear that the tool is friendly for beginners as well as experienced professionals. It offers specific languages for a domain, letting users enjoy convenience.

An open-source test automation framework developed by Sauce Labs, allowing you to create UI tests for native, PWA, and hybrid apps. This tool markets itself as a one-stop solution for all the needs related to mobile application testing. Appium covers iOS and Android platforms and supports code reuse. The best part about Appium is it is cross-platform and works on Mac, Windows, and Linux.

Apache JMeter is a popular and one of the most preferred open-source app testing tools used for manual testing. This tool is completely Java-based, offering high-quality results. JMeter was initially designed for web-based apps; however, users’ huge demand has led JMeter to extend other functionalities. It can be used with static and dynamic resources and applications.

LoadRunner is the most popular load testing tool by MicroFocus (the best tool producer in the market). This tool is highly used to check behavior and performance and used as a benchmark against other testing tools. Now acquired by HP, LoadRunner assures the quality interface. It records and analyzes the key components of the app and lets developers organize test plans with a user-friendly interface.

Created by Google and integrated with Android Studio, Espresso is one of the globally known mobile testing frameworks. An object-based and open-source testing solution, this tool has several options for test script generation. For beginner developers, Espresso might appear difficult to use; however, it’s a great tool for seasoned mobile developers for black-box and unit tests.

We all know that HP is one of the reputed brands offering quality tools for different purposes. QTP is one of those products. It is commonly known as UFT software testing; thus, enabling regression testing and functional testing. Mobile applications need quality testing performed in the manual testing process. QTP comes with a graphical interface with a scripting interface, allowing testers to perform all types of tasks in a quick time.

Look out for the tool which is not only simple and has an easy-to-use interface, but also has an intuitive test management system, test planning, and execution ability. Leverage the best-suited app testing tool as per your business needs and boost your efficiency.

Do you want to learn everything about MVP app development for your startup quickly and easily? This is your go-to-...

Do you want to build an enterprise app with innovative UI/UX, robust security, aim to increase productivity but cost concerns...

Do you want to make a successful (mistakes-free) mobile app that can easily beat your competitors? Keep reading this post....