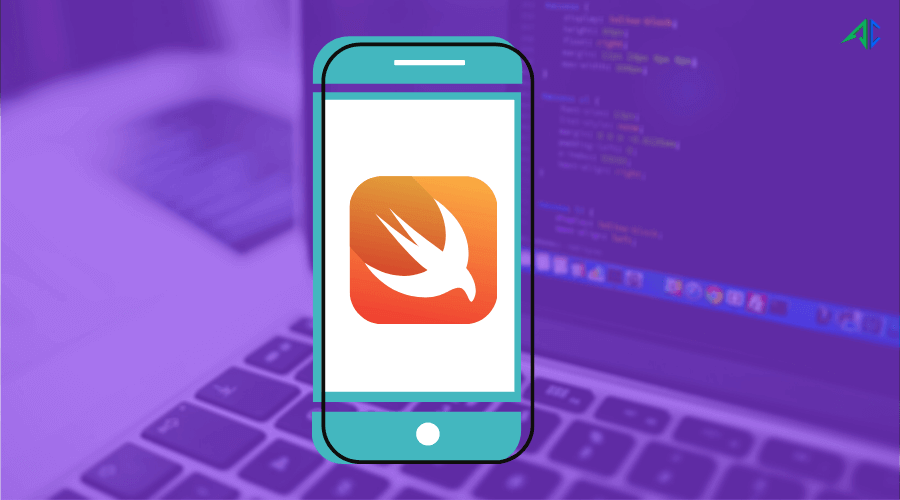 The TIOBE Programming Community index is an indicator of the popularity of programming languages. The ratings are based on the number of skilled engineers worldwide, courses, and third-party vendors. According to the recent TIOBE index, the Swift programming language’s fame and usage are rising year by year. Thus businesses are actively looking for professional mobile app developers to develop user-centric iOS mobile apps.

What Is Swift App Development?

Swift is a powerful programming language designed by Apple to build applications for all types of Apple devices. It was explicitly designed to take the best of its predecessors – C and Objective-C.

Swift app development is when an iOS app is built using the Swift programming language. Swift adopts safe programming patterns and adds modern features to make programming easier, more flexible, and fun. This language is fast, easy to use, and based on learnings derived from many of the best coding languages.

Some popular apps built with the Swift programming language:

A Brief History and the Evolution of Swift

Swift was introduced in 2014 at Apple’s Worldwide Developers Conference (WWDC). Swift’s first version was 1.0, which underwent a significant upgrade to Swift 2.2 at WWDC 2015. Its upgraded version 2.2 was made open-source software in 2015 for Apple’s platforms and Linux. Version 4.0, released in 2017, introduced several new features, including the ability to update code written in previous versions of Swift. In 2018, Swift started gaining popularity worldwide, and now it has become one of the most loved programming languages.

As we talked about Swift’s development, its history, and apps built with this programming language, it’s time to delve into Swift’s evolution. Let’s know how this language has grown over the past six years and has been continuously evolving since its launch.

12 Reasons Why Businesses Should Choose Swift for iOS App Development

An internet-wide debate rages over Swift vs Objective-C. In our opinion, however, Swift has emerged as a clear winner over other programming languages used for iOS app development. There are several reasons why iOS and OS X developers are choosing Swift. Let’s delve deeper and find out why businesses should select Swift development for building apps.

The best thing about Swift is its syntax. The clean, easy to modify, read, and write code makes it unique. Swift requires fewer code lines than Objective-C by dropping many legacy conventions. Swift can reduce LOC due to its conciseness, thus making programming and development faster and more efficient.

Swift changed the face of the language when it became completely open-source in 2015. Open-source makes Swift free to use and enables improvements in the structure and design. As such, developers using Swift can easily customize the code based on preference and requirements.

Every app needs ongoing maintenance from time to time, including adding new content, tracking performance, and integrating new features. Unlike Objective-C, Swift has no dependencies, making it a lot easier to maintain an iOS app.

Swift is faster in nature. It offers speed advantages and proves to be the quickest language for iOS development. Coming with various speed advantages, be it during the development phase or the testing phase, thereby reducing app development cost. Apple claims that Swift is 2.6 times faster than Objective-C.

Swift Playgrounds is a feature enabling coders to test a new algorithm without having to create an entire app. Apple added this to improve the speed at which code can be written — including visualizations – making app development more accessible and obtainable.

Swift is not just limited to supporting Apple devices, it also supports multiple devices of the technology world and Linux is one of them. Swift can create a cross-platform application for iOS/OS and Linux. Creating an opportunity to use it in the Linux environment where Objective-C is unavailable, making it an important feature.

Swift has one of the fastest algorithm calculation metrics, and the operations for the language are much faster than Objective-C. The written code helps develop lightning-quick apps. Swift allows developers to use generics and high-order functions, resulting in cleaner and reusable codes.

Building a safe and secure app should be every developer’s primary concern, and Swift is considered one of the safest programming languages for iOS development. It excludes several types of mistakes presented in Objective-C like second-order SQL injections, third-party keyboards on sensitive fields, and others. It adds extra layers of safety and security during app development.

iOS apps developed with Swift take less time to install, take up less space on a device, and improve the overall user experience. Swift’s structure is much simpler than Objective-C, thus providing out-of-the-box user experience and taking your business to the next level.

Dynamic libraries are executable chunks of code that can be linked to an app. This feature allows current Swift apps to link against newer versions of the Swift language as it evolves over time. Dynamic libraries in Swift are directly uploaded to the memory, cutting down on the initial size of the app and ultimately increasing app performance.

Application Binary Interface (ABI) is one of the major highlights of Swift language. ABI is a binary equivalent to API. Developers use different API libraries to write code for iOS app development. ABI eliminates the users from downloading all the code while installing the app, relying simply on the binary code.

Data management is Swift’s one of the key differentiating factors. Swift manages data at a faster pace (swiftly). By using LLVM for optimized native codes and OS, developers get the opportunity to re-write several groups as structures.

How Is Swift Shaping the Future of iOS App Development?

The launch of Swift greatly helped shape the development of iOS apps. Apple has been highly ambitious for Swift, the powerful and intuitive programming language it created for macOS, iOS, watchOS, tvOS, and more.

When Apple CEO Tim Cook announced the launch of Swift in 2014, he called it “the next big programming language,” and iOS app developers will only be using Swift for building apps in the next 20 years.

It’s no wonder that many big brands took Tim’s words seriously and jumped into the bandwagon to develop their app using Swift, including LinkedIn, Lyft, Uber, and Airbnb. With easy to read codes, flexibility, customizability, and utmost safety, developers are considering Swift the most reliable language, and the sure-shot future of iOS app development.

At this point, it should be clear that Swift is the most powerful and intuitive programming language for macOS, iOS, watchOS, and tvOS. Swift is compiled and optimized to get the most out of modern apps while increasing – rather than sacrificing – speed. Swift has evolved greatly since it’s initial launch six years ago, and we expect its future to be even brighter.