Everything You Need to Know About Kotlin Programming Language by Google 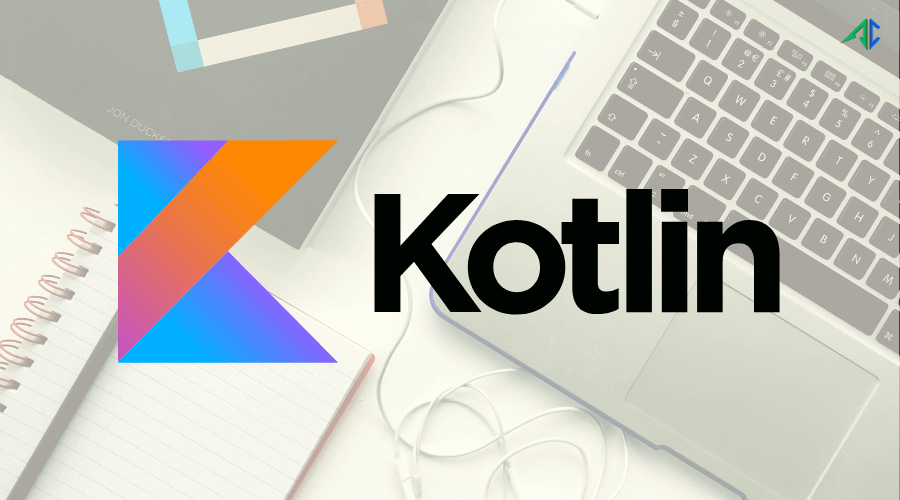 You may have just recently started hearing about the Kotlin programming language, but developers have known about — and loved it — for a while. In this blog, we’ll discuss everything you need to know about Kotlin language – a smarter way to code Android apps.

Per the PYPL Popularity of Programming Language Index, Kotlin is ranked among the top 15 best programming languages in September 2020 worldwide. Additionally, according to JetBrains, Kotlin is among the top 3 languages developers are planning to adopt or migrate to. Considering this, many businesses are seeking a skilled mobile app development company that can develop a revenue-driven app and help them gain a competitive advantage.

At Google I/O 2017, Google announced that it would start supporting a new Android development language: Kotlin. It is an open-source, statically typed programming language that can transpile Java bytecode to run on the Java Virtual Machine (JVM) or Android, combining object-oriented and functional programming features.

Kotlin is developed by JetBrains, a company behind the IntelliJ Java IDE that Android Studio is based on. They designed Kotlin to be 100% interoperable with Java, allowing developers to use any Java libraries and frameworks in Kotlin, and vice-versa.

Is Kotlin a new era of Android app development? This question often arises as within a year of launch, Kotlin has been trending as a top-class replacement of Java for Android development. Over 60% of Android developers are now using Kotlin, becoming the fastest-growing language on GitHub in terms of the number of contributors. Some of the world’s most popular apps are built with Kotlin:

What Is Kotlin Used For?

Being a general-purpose programming language, Kotlin can be applied in various ways, for cross-platform mobile, Android, JavaScript, and server-side development. Kotlin also lets developers use popular libraries and frameworks such as ReactJS and VueJS.

Today, it is most prominently used for Android development. Let’s look at the corresponding sub-projects of Kotlin:

Kotlin supports multi-platform application development, which enables you to share code between apps for different platforms. The most obvious use case is to share core functionality between the Kotlin Android app and the Kotlin iOS app.

In terms of language and syntax, Kotlin simply aims to be readable, pragmatic, and safe. To fully appreciate what that means, let’s take a look at the language’s core tenets.

Why Do Developers Prefer Kotlin Over Any Other Language?

Why has Kotlin created such a buzz? Why do many developers love it? Why should one choose Kotlin over others? We decided to handpick several answers to all of those questions. Let’s dive in and learn!

Kotlin was introduced with the need for more concise language compatible with Java and JavaScript in mind. Instead of keeping it as an internal project, JetBrains decided to open-source it in 2012. Since then, satisfied developers have sparked Kotlin’s meteoric rise through the app development world.

Java requires detailed code writing; the Kotlin compiler, on the other hand, can understand code and write a lot of code itself with ease. It is believed that developers can write 20% less code in Kotlin, drastically reducing boilerplate code. As a result, developers can spend more time on the exciting parts of the coding, leaving Kotlin to manage the routine code itself.

Perhaps the most appealing thing about Kotlin language is that Google backs it. Google’s support gave life to Kotlin when it declared Kotlin to be the officially supported language for Android at its I/O annual summit 2017. With Google’s announcement, many prior fears, such as bugs, unsupported formats, and others, were laid to rest, and developers can now freely develop apps using Kotlin.

Kotlin and Java are two similar languages that can, fortunately, go hand-in-hand. Kotlin has 100% interoperability with Java, meaning developers can have any percentage of code written in Kotlin, and the rest in Java. If developers have the codes from both Java and Kotlin in the same project, they can compile correctly. In short, if developers are working with Kotlin, they get the benefit of vast Java commands, Java libraries, and Java frameworks.

One of the best features of Kotlin is that there is no NullPointerException. With Kotlin, developers don’t need to worry about NPEs because null safety is built into Kotlin’s type system. The Kotlin system refuses to compile code that tries to assign or return null, so developers can catch NPEs at compile time instead of runtime, and eliminate the danger of null references from code.

Use of Existing Java Frameworks and Libraries

Kotlin can readily use all existing Java frameworks and libraries. Kotlin programs can use all advanced frameworks too, which rely on annotation processing. Kotlin is an easy-to-integrate language and is frequently integrated with Gradle, Maven, and other build systems.

It is easy to compose functions in Kotlin with extensions and operators. As in C# and Gosu, Kotlin gives developers the ability to extend a class with new functionality without inheriting the class or using any design pattern like Decorator. Extension functions help developers to extend the functionalities of classes without touching the core code.

Kotlin’s excellent support is backed by JetBrains, a company that’s created some of the world’s most used IDEs. With a strong community behind Kotlin’s language and tools, developers can always have support when they need it. Additionally, all of Android Studio’s IDE features work perfectly in Kotlin.

For many years, Java was the only programming language for Android and server-side development. However, the launch and rise of Kotlin have changed Java’s dominant position. Let’s take a look at how the two heavyweights stack up against each other.

Built-in null safety makes Kotlin an obvious leader when it comes to Android development. NullPointerException is one of the major causes of Android mistakes as Java enables developers to assign a null value to an object reference, resulting in Android apps’ crash. Kotlin, on the other hand, offers inherent null safety, which means no variable or object can be assigned with a null value.

Interoperability is probably one of the most attractive features of Kotlin. Being 100% interoperable with Java allows writing some parts of code that work seamlessly within Java code, making it much easier to switch from Java to Kotlin during development.

Java lacks this feature, which makes Kotlin superior in terms of using multiple inheritances. Kotlin allows for a receiving object to delegate operations to a second delegate object, called the helper object, containing original content so that developers don’t need to rewrite it. The multiple inheritances avoid the duplication of code.

Talking about performance, Kotlin runs as fast as Java. However, the support of inline functions and the use of lambdas allow developers to create apps that run faster than Java code. Java compiles 10-15% faster than its counter partner in clean builds; however, Kotlin works slightly better, thus better handling functional programming.