Swift vs Objective-C: Which one to Prefer for Your iOS App Development? 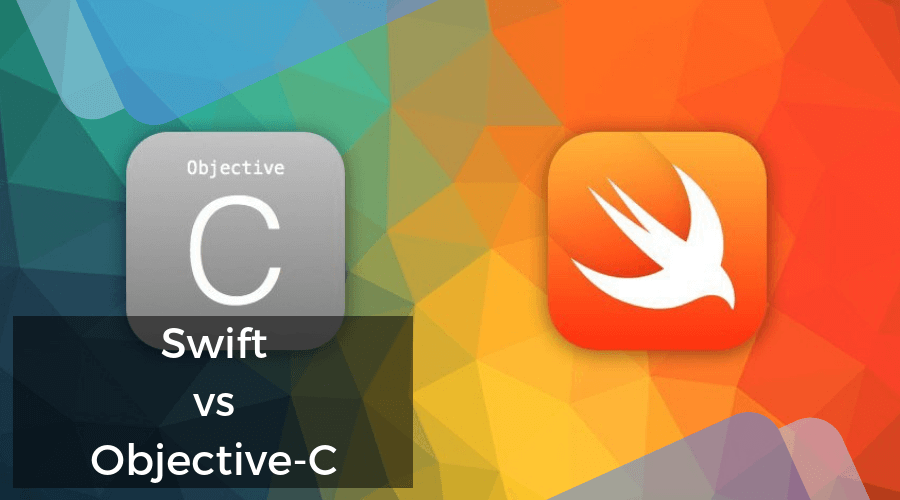 In this blog post, we have discussed one of the most controversial topics: Swift vs Objective-C; suggesting the better technology for your next iOS app.

Before the launch of Swift, Objective-C was the most popular programming language in the mobile app development world. Being a compound of C language, it served as a core programming language for developing a variety of iOS applications. Meanwhile, the launch of Swift by Apple in 2014 changed the entire scenario, especially in iOS app development. This gave rise in comparison to Swift vs Objective-C.

The new programming language finally replaced the older one for being concise, fast, simple to use, less coding requirement, etc. In other words, the launching of Swift gave iOS developers a new reason to celebrate by enhancing their capability to develop more interactive and engaging iOS apps for business.

Launching of the new programming language also fostered the debate of Swift vs Objective-C inevitable to a wider extent. App developers sometimes find it hard to make a proper choice between these two, to cater to business with more user-centric app solutions. Let us compare here Swift vs Objective-C to find out which one is favorable for your iOS app development project.

Swift is popular for numerous reasons – having clarity of syntax is one of those, which makes it easier to read and write the language. The best part of this programming language is that it does not include ‘@’ symbols like its predecessor. Instead, it includes a comma-separated list of different parameters, to avoid any confusion. With it, developers need to write only a few code strings and can easily develop your app features.

Compared to its successor, the base of Objective-C is C language and includes a highly complex structure. It includes many symbols like @ along with semicolons, lines, etc., which are more confusing for developers, giving them scope to make mistakes.

As mentioned above, Swift requires less coding work especially for string handling and repetitive statements. This is mainly because Swift uses ‘+’ to add together two strings. On the other hand, it also uses interpolation that does not need memorize tokens. This gives developers the liberty to insert variables directly in line with the strings.

In the case of Objective-C, developers often use numerous string tokens due to verbose of text strings. They replace each token through %d, %s %d and also a complete list of variables separated through the coma. In this, using an inappropriate string token causes the app crash.

As the name suggests, Swift is fast and available as the best option for the performance-sensitive code. The new programming language outperforms C++ for the Mandelbrot algorithm. Its latest version, Swift 4, is new and we expect many more advancements in the coming time.

Objective-C is not as fast as its successor; as it uses run-time code compilation instead of compile time. This creates an extra level of indirection especially when the programming language includes another object in coding.

When it comes to maintenance, Swift is comparatively easy to maintain than Objective-C. The XMind and LLVM define all requirements and complete incremental build automatically.

In Objective-C, app developers need to maintain two separate files of coding. This is the best option to improve the total time that they take to build an application. Besides, it also requires extra efforts to synchronize comments and method name.

Swift does not include any pointers, like Objective-C. The main setback of using pointers is a higher possibility of app crash in case of missing pointers to include. With Swift, a mobile applications development company can easily find and fix bugs, and write cleaner code.

Objective-C, on the contrary, uses null pointers, which are components of C++ and other languages based on C. It tends to include many vulnerabilities in security and privacy. It’s the best method of exposing the values, which give programmers the liberty to access the data.

The most interesting thing about these pointers is their handling. In case of trying to call a method using these pointers, expressions and a line of code become completely operational. However, it seems useful at first sight, but it tends to be a major source of bugs.

It supports ARC for every API, which makes its memory management streamlined, just like Cocoa Touch.

It supports ARC within Cocoa API. ARC is a common feature for both programming languages and helps in managing memory without any extra efforts required in programming.

In the case of Swift, dynamic iOS libraries are loaded directly to the application’s memory. This helps easy updates and thus optimizes the app’s performances. It helps keep the app size smaller and boosts the loading speed of new content.

Objective-C does not support dynamic iOS libraries. In this programming language, the development of the external program is done in certain executable files and this is the main reason why they are large. On the contrary, in a dynamic library, only one copy gets stored in the memory. Moreover, this is the reason why these libraries are smaller.

So, which is better?

Going through the above discussion of swift vs Objective-C, Swift gets an edge over its predecessor for several reasons. Swift witnessed its growing use soon after its launch. Objective-C vs Swift also makes it clear that the new programming language will surpass the older one in the coming time.

Apple's events are memorably flavored by the sensory experience they deliver to its audience. This blog will take you through...