The Major Differences Between Native and Hybrid App Development [For Startups] 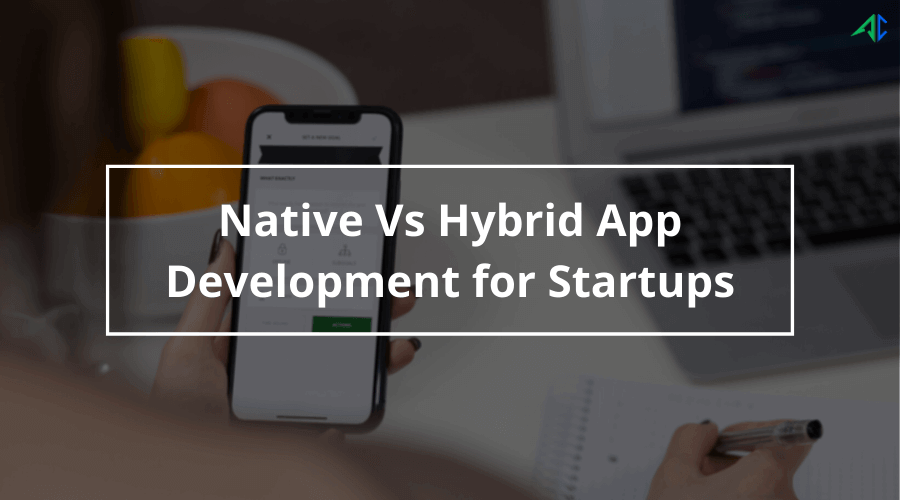 Are you debating between a native app and a hybrid app for your business? Then consider this post required reading! Today we’ll talk about the native vs hybrid approaches and the primary benefits of each.

Mobile apps have come to play a huge role in modern business, especially startups. Mobile apps have become a mainstay for nearly every modern enterprise, and are considered the most dynamic business tools available today, constantly setting new standards of attraction and engagement. As a result, the quest for a top-tier apps company has never been more critical.

Global mobile app download revenue is expected to reach $258 billion in 2022. However, when it comes to startup app development, many entrepreneurs face the dilemma of choosing the right approach to get a piece of that market: native or hybrid app development.

Even if you know everything about startup app development and are all set to develop your app, choosing the right app development approach for your startup can appear confusing to you. To help you decide, let’s dive in and learn about the difference between native and hybrid apps. Let’s get started!

What Is Native App Development?

The term native app development refers to building a mobile app exclusively for a particular mobile OS, whether you go with Android app development or iOS development. Native apps are built with programming languages and tools that are specific to a single platform. For example, native iOS apps are usually written in Swift or Objective-C, and native Android apps are written in Java or Kotlin.

What Is Hybrid App Development?

As the name suggests, hybrid apps are a blend of both native and web solutions. A hybrid app is deployed in a native container that uses a mobile web view and possesses elements from native apps. Hybrid apps are basically websites that act like apps but are not installed on a device; instead, they’re accessed via a browser on the internet. These apps use technologies like CSS, JavaScript, and HTML.

The decision between native vs hybrid app development depends on your startup objectives, app requirements, budget, and a number of other important factors. Let’s look at the primary differences between the two.

A native app is built exclusively for a single mobile OS. The same code can’t be deployed on different platforms, requiring separate code base preparation for Android and iOS app development. As a result, native apps require significant development time.

There is no denying that native apps provide more robust usability and performance. These apps supersede hybrid apps in terms of performance and offer a seamless user experience to the users across all content, structure, and visual elements.

Because hybrid apps load in a browser-like component called web view, they are good but haven’t reached native usability and performance yet. If the priority is fast, reliable, and seamless performance, businesses are advised to go with a native approach without a second thought.

On the other hand, hybrid apps create and maintain a single code base, making the app development process much easier and less expensive. If cost is your primary concern, hybrid development may make more sense for you.

The overall user experience of a native app is excellent as the UI is built specifically for the platforms. These types of apps stick to the guidelines that ultimately enhance and align the user experience with the specific operating system.

Hybrid mobile apps deliver a good user experience but one that is certainly inferior to that of native apps. The web apps are less interactive and intuitive.

Security and quality should be of the utmost importance to any app developer. The security vulnerabilities of any app are dependent on the platform and how well the code is written. That being said, native apps are considered more secure than hybrid apps for numerous reasons, including the fact that they can leverage platform-specific built-in security features.

Conversely, hybrid apps are dependent on web views, meaning that they are prone to injection attacks when using specific APIs.

Using a single codebase to develop a mobile app for all platforms is one advantage of hybrid app development, as it is typically faster and quicker to market. Conversely, native apps are platform-specific and require different codes for different OS’; these apps usually take longer than hybrid apps to get to market. If time to market is imperative, then hybrid app development could be a better approach for you than native.

The choice between native vs hybrid app development depends on your startup business needs, app requirements, cost, time, and many other considerations. Hopefully, after reviewing the differences between native and hybrid apps, you’ve decided which one will be the right choice for your startup app. Have a look through your requirements, choose the right approach, and kickstart your app.

Are you thinking of creating a hybrid app targeting multiple OS but the cost is concerning you? Don't fret! This...