React Native VS Flutter in 2019: Which is Preferred for Business? 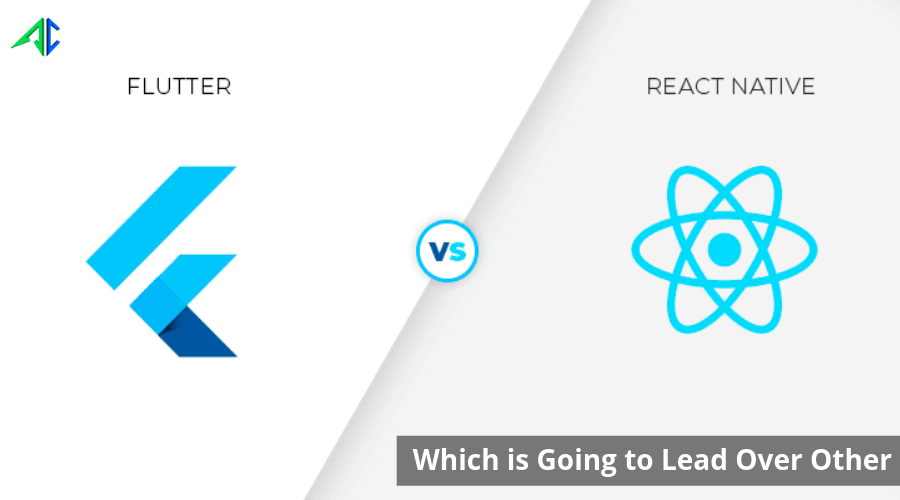 In this blog post, we have made a detailed comparison of React Native vs Flutter, the two most advanced frameworks for cross-platform app development and which one you should be preferred for business.

Cross-platform app development has been the most preferred choice among entrepreneurs for a long time. The reasons are speedy development process, cost-effectiveness, reusable code, etc., which are some of the greatest attributes of this approach.

Launched in Sep 2018 by Google, Flutter continues to evolve as a top competitor of React Native. This has fostered the debate of React Native vs Flutter in 2019.

Well, these are certain common questions people frequently ask, especially those who are planning to go with cross-platform app development. Not to mention, React Native was launched in March 2015 by Facebook and has redefined the cross-platform app development.
So, It’s hard to say, whether Flutter will replace React Native, but, the growing popularity of Flutter is something that can’t be ignored.

Is Flutter Better than React Native?

Here, in this post, we are going to make a detailed comparison of React Native vs Flutter based on the following factors, to make everything quite clear and let you know who is the real winner.

React Native vs Flutter: The Difference

Debate on React Native vs Flutter will help businesses in finding the right solution that can match their business needs perfectly with cross-platform app development. Have a look at a major difference between Flutter and React Native:

What is Dart in Flutter?

It uses Dart, which is a general-purpose programming language developed by none other than the online search engine giant Google. Aimed for client-side development, Dart is appropriate for both mobile (iOS & Android) and web app development.

React Native is based on JavaScript development language and enables developers to create powerful mobile applications for different needs, efficiently.

Flutter works perfectly on a set of proprietary widgets. With proper use, Flutter lets you have a perfectly customized user interface accompanied with various native components and a great interoperability.

Flutter takes more time compared to React Native for app development. However, it assures higher usability and better recognition of the mobile app.

Does Flutter compile to native code?

Well, Flutter uses Dart language that is ahead of time (AOT) compiled to make highly predictable, quick, and native code. So, the answer is yes, Flutter compiles to native code.

You may also like to read: 10 Best Mobile Apps Built with React Native

In cross-platform, stability is an important factor, which can’t be ignored anyhow, especially when choosing the right cross-platform framework for your business.

Flutter lags behind its rival in the stability of apps. The reason is only the alpha version of Flutter is available to app developers. But. it is appropriate for larger projects. However, Google’s announcement for Flutter beta 2 is a greater improvement in this arena. It comes with various improved tools that make it perfect for large projects.

React Native has a large community support, which makes it established in this industry. It also includes cutting-edge features, which help it earn huge appreciations and thus make it more stable.

Documentation is something that gives Flutter an edge over its rival React Native. Flutter includes efficient and smooth documentation. It makes everything clear for developers and lets them perform their job with great efficiency.

React Native comes with a highly clumsy, disorganized documentation and a lot of missing things. It creates lots of problems for developers while performing their job.

To get the answer, you need to have a complete overview of Flutter vs React Native performance comparison.

Google’s Flutter uses the Dart frame to get an edge over React Native. Besides, it also uses JavaScript to connect with certain great native components in more meaningful ways.

Though React Native enjoys a larger fan following and a vast community support, it doesn’t help developers to get rid of issues that they face during hybrid app development.

Flutter doesn’t compete with rival React Native, especially when it comes to user base, as later already enjoys a vast user base. Though Flutter witnessed its higher popularity within a short span, still it has to go far to gain a vast user base and make a solid presence in this industry.

React Native is far ahead of Flutter in this arena. It has been the most popular framework to develop a cross-platform app. It is considered to be apt for any size of the project.

As recently launched, Flutter is getting positive responses from developers as well as entrepreneurs. The Flutter adoption rate in many industries is gradually increasing. Some of the popular apps developed on Flutter are Google Ads, Cryptography, etc.

So, who’s winner between Flutter vs React Native debate?

Now, everything is prima facie about both cross-platform frameworks and you can easily understand which framework has an edge over others. Flutter is a newbie in the cross-platform app development horizon, still, it enjoys vast popularity and thus has a higher industry adoption rate. Still, it has to go miles to compete with React Native.

Do you want to reach a wider audience with your startup venture? If so, you, as an entrepreneur, need to...

Looking forward to building your next mobile app leveraging a cross-platform approach but confused? We've got you covered. This blog...