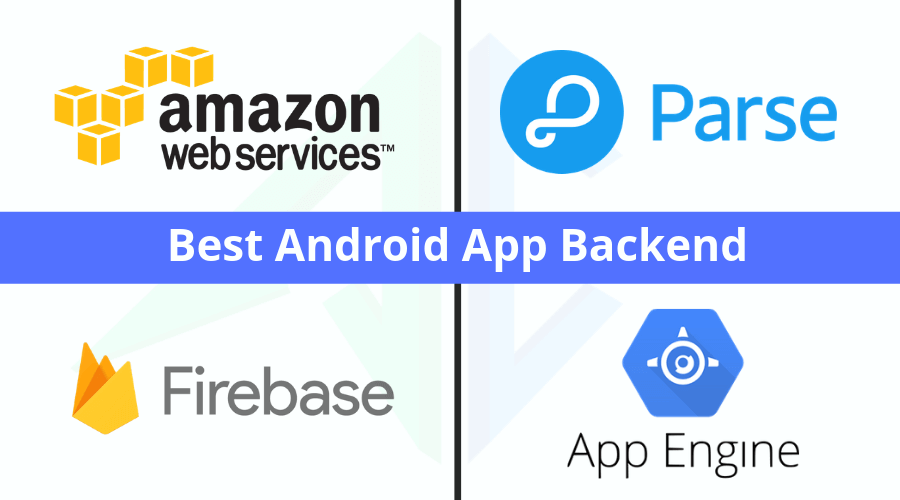 A strong app’s back-end ensures its success and improves its credibility. Let’s discuss here all the popular technologies for mobile app back-end services.

There are lots of factors that play a vital role in making mobile apps successful – backend is one of those. Your app will fail to deliver the best in the absence of a robust backend system, no matter how beautiful it is.

The app’s back-end functions as a server of mobile application, which stores data and is also responsible for sorting out information that is not visible to end-users. These are only a few excerpts of the function of the mobile app back-end services. The back-end system does much more for the betterment of your mobile app.

This blog is going to help you explore some popular services for mobile app back-end and help you choose the right one for your app.

Also known as App Engine or GAE (in a short form), Google App Engine is one of the most popular cloud computing platforms. It’s also referred to as an important service to create and host apps on Google’s infrastructure. The USP of GAE is that it automatically allocates additional resources to the server to handle the increased load in a better way.

Developed by Parse Inc. itself, Parse is another popular back-end server. Parse Inc. shut down in 2017 but was later acquired by Facebook. Since then Parse has been an open-source back-end platform.

Firebase is another popular option for Android app backend. It makes your app super fast, even without the requirement of managing infrastructure. It is a well-managed platform that offers features such as authentication services, data synchronization, file storage, messaging, and a lot more. Firebase lets a mobile app development company create or prototype mobile backend services, with quite an efficiency.

AWS Amplify helps you in building a highly agile, secure, and scalable back-end for applications. It removes the necessity for developers to develop and manage back-end resources for every important mobile application feature. Thus, it reduces costs and boosts productivity.

Be it GAE, Parse, AWS Amplify, or Firebase, all of these technologies have equally demanded mobile app back-end services despite having advantages and disadvantages. You can always opt for custom back-end development services from a reputed mobile agency to build your app back-end as per your specific business needs. So, choose the right option matching your project requirements.

Planning is the key to success for anything, and cryptocurrency wallet app development is no different. This blog will tell...