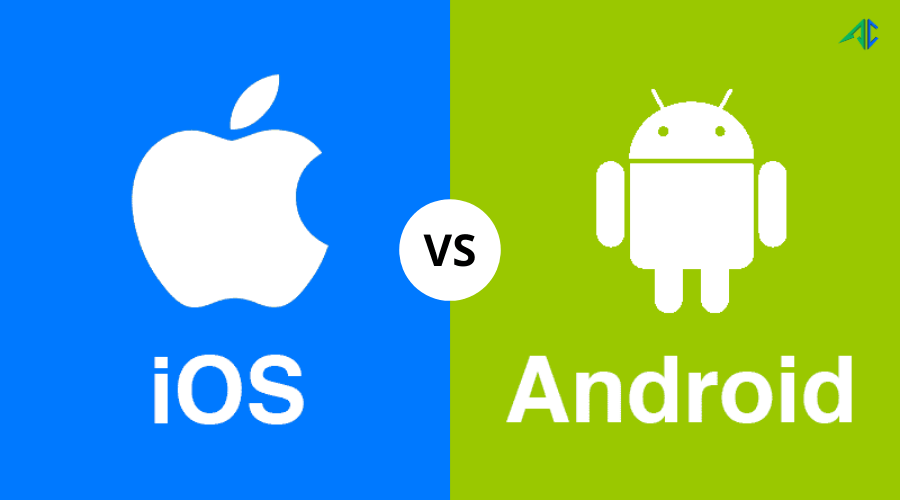 Mobile apps are taking the entire world by storm, but the battle of choosing the right platform between iOS and Android is still on. In this blog, we’ll be discussing the pros and cons of iOS and Android OS so that you can decide which platform to build the app first.

The Internet is flooded with the debate over iOS vs Android, and which of the two has the better platform to build an app on. iOS, Apple’s proprietary mobile OS, is fine-tuned to make the most out of Apple’s devices while Android, owned by Google, is an open-source OS based on the Linux kernel. However, many businesses look for cross-platform app development frameworks to target both iOS and Android.

Android vs iOS has always been the biggest rivalry when it comes to mobile app development. At first glance, Android and iOS might seem quite similar as far as interface is not concerned, but there are various fundamental underlying differences in how they function. For instance, Android is more customizable, while iOS is more secure.

Due to the several advantages of Android app development, Android apps are dominating the smartphone market share worldwide. Per Statista, smartphones running the Android OS will hold over 87% global market share by 2023, while the share of iOS will only be 13%. However, iOS is still in high demand among those that consider security and reliability of the utmost importance.

Android vs iOS – Which One Is Better? (In-Depth Comparison)

Since Android is an open-source mobile operating system, it generates much interest among businesses that are looking for app development. It is a unique advantage of Android OS that makes it a mobile market leader. Its open-source nature opens up avenues for Android developers; they can download the source code and change it the way they want.

Google’s mobile OS Android is gaining huge popularity among people and has become the number one choice for smartphones. The Android market is so wide in comparison to iOS. Google Play Store has over 2 million apps in the store. Also, many manufacturers use Android as the OS, which means there’s a greater variety of devices.

Google’s foremost focus is making a highly customizable OS; hence Android is a versatile platform with high flexibility and easy customization options. Because of its customizable UI, it opens up avenues for businesses and developers to get the most out of the UI and craft an engaging mobile app.

The disparity in devices arose the need for fragmentation in Android. With fragmentation, you can develop an emerging android app for a wider range of devices, such as wearables, smart TVs, in-car systems, and more. To simply put, developers can easily port the features of a device to an upgraded version.

With so many benefits, Android OS can be a blessing for developers. However, it is not always so. Google often releases security patches, but most people don’t update their phones regularly and get hacked. Thus, additional security features need to be included.

Even if fragmentation is boon for Android OS, it can also be a bane. Device fragmentation is a big issue; Android product owners face. To combat this challenge, they limit the number of support devices or sacrifice the app quality, resulting in poor user experience.

Android devices run on various android versions and have different hardware, and it’s hard to test everything faster. Thus, quality analysts spend a large amount of time testing an app thoroughly on all the devices.

Some people just cannot compromise with performance and demand a high-performing app. The best thing about the iOS platform is that the mobile apps developed on it are of high quality and give better performance and usability than Android, thus outperforming the rest.

Security is always a business’s primary concern for mobile app development; thus, the iOS platform is something you should look for. When iOS vs Android is being compared based on security, being the highly-secured OS, iOS always wins the battle because of its stringent security measures.

Mobile apps built on iOS are always the first choice for business as iOS apps work fluidly on iPhone and give an exemplary user experience with flawless hardware, software, and inherent capabilities along with excellent customer support, which is essential for any business.

Android normally takes around 30-40% more time when talking about mobile app development time than iOS app development of the same measure. This is because Android apps are tested on various devices. However, that is not the case with iOS, so it takes less time to develop.

Unlike Android, Apple only comes up with just one update on its existing OS every year that results in lower fragmentation. Also, there are fewer types of Apple devices in comparison to Android devices; thus, the testing process is easier for iOS-based apps.

The development of mobile applications for iOS is more expensive than that for Android. The Xcode IDE can only be used on Macs, which increases initial investment before development begins. Developers need Macbook, iPhone, iPad for testing, which is costlier than Android devices.

Apple’s App Store has quite strict review guidelines when it comes to app release. iOS App Store can reject your app due to security issues, a lack of valuable content, poor performance, and others. Also, developers have to submit the app for real-life testing, which takes a few days.

Unlike Android apps, iOS apps are not as customizable because of the many restrictions and standardization guidelines. This makes iOS apps less creative and unique, which also turns away many developers.

So which one you’re going to choose, Android or iOS? Which is the best platform to build the app first? Well, there’s no clear winner in iOS vs Android. The choice of choosing the platform between these two depends upon your audience, desired app features, and, most importantly, your business goals.

Apple's yearly conference for software developers and companies always kicks in with something great and leaves us all awestruck. Likewise,...

How to Promote Apps in the iOS App Store

How to Promote Apps in the iOS App Store

So you've built your iOS app but don't know how to market it appropriately to reach ideal customers in Apple's...

Android OS is dominating the market, and building your social media app for Android users first can do wonders. This...