Everything You Need to Know About Android App Development 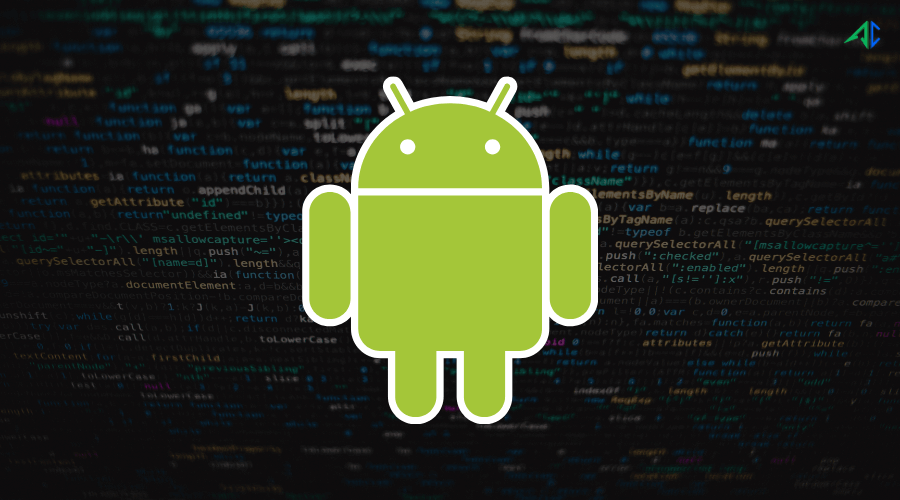 As Android design and development trends continue to rule, you must’ve been thinking of developing an app for your business. You plausibly have brainstormed the next ‘game-changing app’ idea. You know what features it needs to have for your users and what interface you would want. Now it’s time to roll up your sleeves and make some mobile magic happen. But how would you do that?

Going with something that’s the most prevalent, and there’s probably nothing more prevalent out there than Android nowadays. The evolution of Google’s Android OS has made a remarkable imprint on the mobile app industry. Android has a lot to offer. By choosing the best Android app development services and investing in Android application development, you can have greater opportunities to make a mark for yourself and on your users in this digitally-competitive world.

What Is Android App Development?

To simply put, Android app development is making mobile apps for devices that run on the Android operating system. Initially, Android was written in Java language, but now they are written with the help of languages such as Kotlin, C++ languages, and Java, with Android Software Development Kit (SDK) on Android Studio. Android is actually a very flexible and friendly operating system with less than one hour enough for initial acquaintance.

Why Should You Choose Android Application Development?

Google’s Android is the world’s most popular operating system with a market share of almost 72% worldwide. As of the third quarter of 2020, there were 2.87 million apps in the Google Play Store, making it the biggest number of available apps in app stores now.

There are benefits to working with Android. An Android app can be built for far more devices than iOS so that you can expect a high ROI with a lower investment cost. Many apps developer companies use Android programming languages around the world, so time to market for an Android app can sometimes be quicker than iOS apps.

Top 7 Benefits of Android App Development for Your Business

Despite ‘“what is better between iOS vs Android” being the hot topic, the demand for Android app development grew because of its robust features, functionalities, and offerings. Companies embrace Android and create mobile apps that address customer problems, resulting in an increase in business value. Let’s have a look at the major advantages of Android app development to scale your business.

Open-source is one of the advantages that Android app development has over other platforms. Android SDK is open-source, which means manufacturers can access Android more easily, and since its coding is free, it is utilized by many developers. This results in faster development of Android-based phones.

As mentioned earlier, Android has a market share of nearly 72%. Android has been making its presence steadily across a demographical and geographical range of smartphone users. With most people using Android devices and apps, Android OS gives businesses a wider audience and market reach compared to iOS, leading to increased revenue. This is why most mobile app companies advise you to build your first social media app for Android users first.

Android has free software development tools like IDE Android Development Studio for the developer community, which minimizes the development and licensing costs. Android’s development cost can be divided into only three stages – App development, testing, and hardware cost for testing and deploying. Android development is an apt example of low investment with higher ROI for businesses.

Android applications are well-scripted in Java language with the help of a rich set of libraries. It is easy to build Android apps with the knowledge of Java. Many Java programmers find it easy to adopt and script code for mobile applications in the Android OS. They can easily transit the code script into a mobile app and implement Android development, and that’s why businesses have broad options to choose from.

Android OS is easy to customize. With Android app development, clients can reap all of the customization benefits that come with the platform. Having said that, Android is one of the best solutions for a business seeking sidestep customization issues, allowing developers to tweak according to the specialized business requirements.

Android app development can be deployed in different ways. You do not have to rely only on a single market for your app distribution. Android allows you to use a third-party application marketplace and also form your own distribution and sales channel. With the flexibility of a marketing strategy, Android enables you to reach your users via multiple channels.

The 7 Best Android App Development Tools You Should Utilize

As the use of Android devices goes up, the need for high-quality Android apps continues to grow. To create highly-functional Android apps, developers need some useful tools. Let’s extract the best Android app development tools for building the most unique, responsive, and feature-rich Android apps. Here’s the list:

Android Studio is an official IDE for Android development that lets developers easily edit, debug, troubleshoot, and test and has made its position on the table’s top. It’s a powerful tool, offering plugins to create complex apps and accelerates the development process.

Android SDK is one of the major Android app development tools utilized for developing a vast number of applications. It also has various features to write, optimize, and test codebases for building mobile apps on Android OS with IDE.

This is the most beneficial tool from Android Studio enables developers to create emulations of all Android devices on a single computer. The emulator provides almost all of the capabilities of a real Android device. AVD Manager eliminates the need for having each type of physical device, display size, and resolution.

No developers like errors to intervene in the Android app development process; that’s where Instabug comes into play and plays a vital role in developing an error-free Android app. This tool is highly used for beta testing and error reporting.

Unity 3D is a tailored-to-game-development tool that provides you with the features for graphically intensive and VR/AR games. It accompanies a coordinated advancement condition for creating 2D and 3D games with compelling storytelling, next-level performance, real-time rendering, and more.

Android Debug Bridge is a versatile command-line tool that lets you communicate with a device. It is very much beneficial for debugging your app. The tool allows you to exchange data with a running Android emulator or a real connected Android device.

The android application development process is a sum-mean of all stages that go into designing, creating, developing, and post-deployment of the app. Here are some easy steps involved in creating performance-oriented Android apps. Let’s have a look!

You can’t have an app if you don’t have the idea. In today’s time and age, where competition is higher than ever, it is essential to be original and unique for your app idea to stand out. A better app idea can surely give you a competitive advantage over others. Asking a few questions like – how can I solve people’s problems with my app, what value my app will make in people’s lives, and more can help you come with a great app idea.

Strategy means you will need to create a plan, a blueprint to give your idea some structure. Do some adequate research about your competitors and users, try to gauge your competitors’ behavior and audience intent, and prepare a plan accordingly. You can do a SWOT analysis and even consult a mobile app strategist for a better app strategy.

Wireframing gives your app the needed structure from end-to-end. It includes app features, tools options that may be required for integration (social media, ERP/CRM software, and more) into the app’s app, specifications, and feasibility. This helps in ensuring that your Android app syncs with your business strategy.

After ideation, strategy preparation, and wireframing, the next step is app designing. The aesthetics of your mobile app is the first thing that your users will judge your app on. If you hire an application design company, they will be responsible for various components like icon and app colors, texts, fonts, spacing, graphics, videos, and more that make your Android app visually-appealing.

Once everything is prepared, your app needs to get developed. The developers concentrate on the UI/UX aspect, where several techniques are deployed simultaneously to code the app’s usability. The developers integrate all the functionalities your Android app needs to top the Google Play Store chart.

The job is not finished once your app is developed; your app needs to go through meticulous testing before the final release so that your users can run your app without any glitch and error. You can choose to test your app automatically or manually based on your suitability. However, it is better to adopt both the testing methods to double sure.

Once the app testing process is done, you can give your app developing company the green light to go ahead with the final app for store release. You can submit the app on Google Play Store based on Google’s guidelines; it usually takes less than two days to launch it in the Android app store.

Creating the app and releasing it is 90% of the entire Android app development process; the rest is post-deployment. Mobile app maintenance is one of the essential components of the app post-release process. It ensures that your app is up to date, equipped with security patches, and more to keep your app running.

How Much Does It Cost to Make an Android App?

No matter how big or small a business is, money concerns all business types, irrespective of niche. Similarly, one of the things enterprises consider when planning to develop an Android app is its cost. Well, there can’t be an exact answer to this because there are various considerable factors that decide the Android app development cost. So let’s step ahead to unravel the cost of developing an Android app.

Mobile app development cost usually ranges from $100,000 to $500,000. Talking about Android app development costs, it may range from $15,000 to $40,000; however, this may differ from types to types. As the complexity level of apps increases, the features and functionalities rise rapidly.

The complexity level of apps can be divided mainly into three categories:

Java vs Kotlin: Which Is Better for Android App Development?

With Google announcing that Kotlin is now its preferred language for Android development, it is proving to be a pragmatic, modern, and intuitive programming language. Kotlin has been replacing Java because it addresses Java’s various weaknesses, including brevity, interoperability, in-built null safety, checked exceptions, code conciseness, and more.

All in all, Java gains the upper hand for general-purpose programming. On the flip side, if you want a highly intuitive Android app, adopting Kotlin is the best choice you can think of. However, both Java and Kotlin have their own advantages over the other. The debate about “Kotlin vs Java: which one is better” has just started, and it is not going to end anytime soon.

So, this was the comprehensive guide to Android app development. Hopefully, if you are looking to build your next app for Android devices, this guide will be of great help to you. Just take a step ahead, take all the shared information in this guide into consideration, execute well, and develop an ROI-driven Android mobile app that will drive massive installs.