What Is the Future of Cross-Platform App Development? 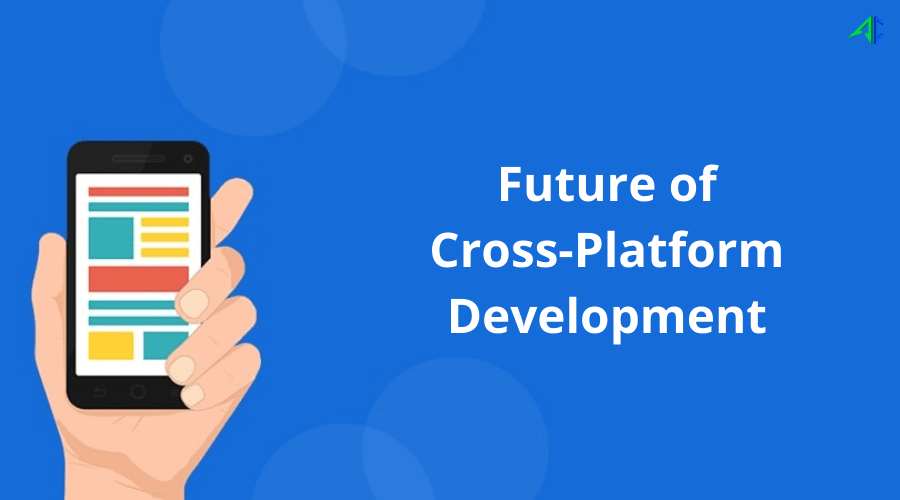 Per BuildFire, people spend 90% of their mobile time on apps; in fact, 57% of all digital media usage comes from mobile apps alone. Also, it is estimated that mobile apps will generate nearly $189 billion in revenue by 2020. Statista reveals that there are 1.8 million apps available on Apple Store and 2.5 million on Google Play Store, with those numbers increasing daily.
XCACAC

The stats mentioned above demonstrate the strong demand for intuitive and glitch-free mobile apps in today’s technology-driven world. Therefore, businesses are striving to further engage users by offering them the best mobile app experience possible. Better user experience leads to greater revenue and helps companies to stay ahead of their competitors.

What Is a Cross-Platform Development?

Cross-platform development is the process of creating and delivering mobile apps that can run fluidly on multiple platforms, mainly iOS and Android. It is developed with a single codebase, which is why people often say ‘developed in one, utilized for all.’ React Native by Facebook and Flutter by Google are the two most well-known cross-platform mobile app development frameworks available in today’s market.

Why Do You Need a Cross-Platform Mobile App?

Growing demand for mobile apps brought new ideas for developing one app that must be compatible across all the major platforms; that’s how cross-platform technology came into existence.

But when should you choose a cross-platform app development framework? This question often lingers in the minds of people. However, like any other technology, the cross-platform approach also has its share of pros and cons, which will clear your doubts. Let’s dive deeper into knowing more about it.

Many businesses struggle to choose the platform they want their apps on. However, the cross-platform app development approach makes it easy as it has a broader market reach, which allows you to target both iOS and Android.

The most significant advantage of cross-platform application development is the reusability of codes. It allows you to create a single codebase for both iOS and Android at the same time, which makes development more efficient.

The use of a single code base across all platforms results in significant cost reduction. Therefore, this sole benefit of cross-platform technology has the potential to make the future of cross-platform bright.

iOS and Android differ substantially in terms of both UX and UI. However, the cross-platform app development approach makes the design consistent by handling UX/UI disparities by default. This emerging technology makes the app design consistent and easy-to-navigate.

Apps developed on the cross-platform framework have the same functionalities as native apps, but native apps are slightly faster. Cross-compliance makes the app a little sluggish. However, these performance differences are not significant and can be neglected in most cases.

iOS and Android both differ in navigation, buttons, lists, and many more. Due to a single codebase, cross-platform development cannot take advantage of all the native-only features, which may limit the user-experience.

React Native, launched by Facebook in 2015, is considered to be one of the best open-source, cross-platform frameworks. Due to its ever-increasing demand and popularity, many refer to React Native as the future of cross-platform app development. The concept of ‘learn once and write anywhere’ makes this framework stand out from others.

Flutter, released in 2017, is also an open-source, cross-platform framework by Google. Although it has only been in existence for three years, Flutter is already one of the most used and treasured frameworks. It is a fierce competitor of React Native – see the detailed comparison.

Xamarian was founded in 2011 and gained momentum when Microsoft acquired it in 2016. Today, it has over 60K contributors. It requires good command over two languages, .NET and C# to build a Xamarian-based cross-platform mobile application.

Do you want to reach a wider audience with your startup venture? If so, you, as an entrepreneur, need to...

Looking forward to building your next mobile app leveraging a cross-platform approach but confused? We've got you covered. This blog...