Why React Native is the Future of Hybrid App Development? 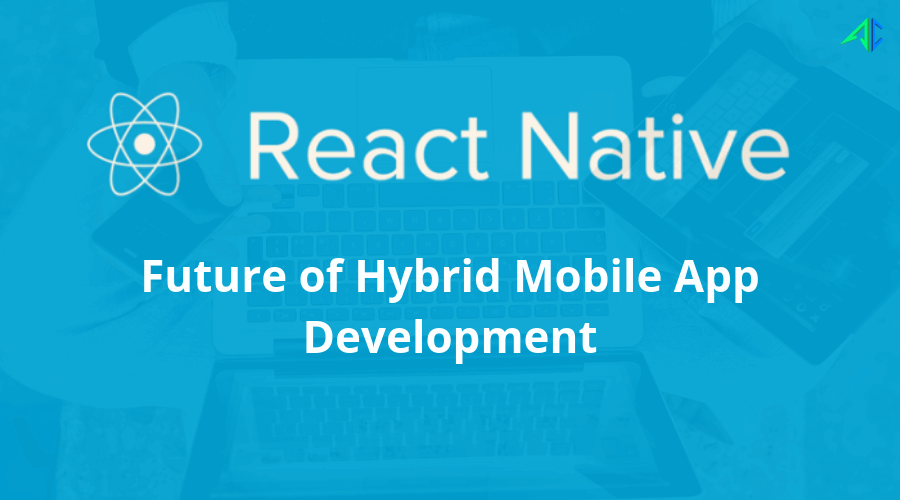 People are spending more time on their phones, and a considerable amount of time goes into mobile apps. You won’t believe it, but people spend nearly 90% of their mobile time using apps. Yes, you read it right!

As the industry is picking up pace, the need to keep up with the competition surges. Therefore, businesses are constantly seeking the best app development agency to stay ahead and competitive.

When businesses plan to invest in mobile app development, the very first question is usually related to the platform and tooling. More exceptional performance, a quick development cycle, and faster deployment are something every business owner expects.

To build mobile apps that are functional, affordable, and efficient simultaneously, businesses are investing in cross-platform app development. It is regarded as one of the most popular software development approaches for startups.

In fact, per Statista, around one-third of developers use hybrid app development technologies or frameworks, and React Native is highly adopted among all.

What Is React Native Development?

One of the most exciting reasons to choose React Native is it is open-source and has a strong community. Being open-source, React Native has the backing of a huge community of people who can make the app development better, allowing developers to share their expertise and skills. Since it’s an open-source platform, one can easily access it for free, making it highly adopted.

The advent of technologies has made it clear that a good UX/UI design is crucial no matter what technology you use. There’s good news for you, React Native tops the charts for providing a good UI, thanks to its capabilities inherited from JavaScript. As we know, JavaScript is already the leading technology for making interactive and engaging UIs, and React Native is built on it. So it’s a win-win for you!

One of the greatest advantages of using React Native framework is (yes, you guessed it right) the reusability of code. It has solved the earlier problem of writing different codebases for different platforms. React Native framework very much follows the “write once and use everywhere” concept. It saves developers time, cost to build different codes, and helps them create the same look and feel for other platforms.

React Native is a great option when it comes to synchronizing several apps. First of all, it reduces the developers’ efforts and hard work and enables them to write special codes for integrating device apps, such as cameras, GPS, galley, and others. Secondly, this incredible feature allows developers to deliver an intuitive and user-friendly app that users love and want to engage with.

It is Highly Responsive

React Native emphasizes the UI design, which makes it responsive and loaded with the best features. Consequently, it reduces the loading time of apps and provides an extremely smoother navigation experience throughout. React Native develops apps with a responsive UI, leading to robust performance and making apps compatible with various mobile devices’ screen resolutions.

Hot reloading is one of the fascinating features of React Native, which allows developers to view the changes immediately once they modify the code. For instance, two windows are open. The one showing the mobile screen, and the other contains code; developers can see changes in another window. This mind-blowing feature allows real-time updating of the UI component.

As we mentioned, React Native uses the same code to build apps on different platforms. That said, the cost of developing a mobile app through React Native is much lower than that of native app development. In native apps, you require two different developers who will work on iOS and Android separately, thus increasing cost. However, React Native eliminates this and makes the development inexpensive.

Are you thinking of creating a hybrid app targeting multiple OS but the cost is concerning you? Don't fret! This...