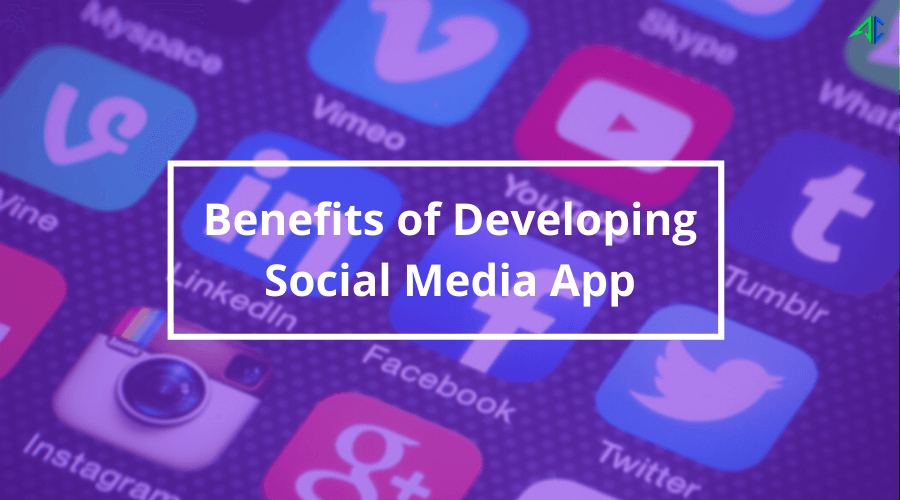 Why Should Businesses Invest in Social Media App Development?

According to Oberlo’s recent stats, there are 3.5 billion social media users worldwide, and users spend an average of 3 hours per day on social networks. Over 90% of millennials and over 75% of Gen Xers use social media. With these trends in mind, your business should consider creating a social media app that attracts massive users and capitalize on this ever-growing market.

Therefore, an app development company that harnesses social media and has expertise in building an appealing social android app that attracts massive users should be your priority.

Mobile devices have contributed significantly to the growth of apps, especially social media, millennials are crazy and gravitate towards it day-by-day. Talking about Android devices, it is the most significant mobile OS and expected to hold onto an 85% market share through 2021.

Also, recent stats reveal that Android smartphone sales are rising in the US, Europe, Japan, and India. Samsung, the leader of Android’s brand, owns 25% of the market in 2020. With these trends in mind, developing a social media android app is arguably a smart investment.

In the following sections, we discuss the various benefits of developing your social media app for Android users first. Read on!

Having an open-source architecture of Android SDK is one of the greatest traits of android app development. Open-source nature makes Android easily accessible by all mobile manufacturers. Being open-source differentiates Android from all other OS and makes it the most widely adopted platform. Thus, building a social media app for Android users first will likely be a profitable investment.

The demand for social media apps is rapidly rising, with the demand for Android phones growing. As mentioned earlier, Android holds a bigger part of the marketing share and is the world’s largest operating system. The Google Play Store has more apps than any other app store and offers users a phenomenal experience. Developing your Android app gives it the potential to reach the largest audience, which will result in more downloads.

Accessibility is one of the crucial factors to consider when developing an app for Android users first. Also, Android developers who have a sound knowledge of Java and Android SDK tools can access it easily and develop an engaging social media app. The more accessible it is, the more people will be able to access it; the easier it is to access, the more people will engage with your social media android app, thus increasing revenue.

Money is the foremost concern for businesses; every business irrespective of size wants more with less investment. Thus, choosing Android OS is a lucrative investment for your social media app as Android provides its SDK freely to the developer community, which minimizes the development costs.

With a low investment, Android guarantees a higher ROI with lesser cost on advertising and selling of apps on the requisite platform.

Android does not come with huge limitations as compared to others; it is one versatile platform with high flexibility and easy customization options. Android OS can integrate all types of modifications ranging from simple to complex. A company that holds sound knowledge in social networking app development can easily develop your social android app with diverse functionalities.

Android markets make it easier for developers to register, create an APK, and submit it to the application development platform. It is as simple as registering on a certain website. Additionally, Android apps have a rapid deployment cycle that will offer a competitive advantage to those who want to be first to market with an idea.

The latest android version introduces several additional and in-built security features. The update protects against malware and viruses. Today, Android stands firm against its Apple counterpart regarding data security. Social media platforms contain users’ personal information, and it is crucial to protect that information. Android will offer protection for users and keep their data secure.

Though fragmentation poses challenges for developers, it also offers an equally profitable opportunity for businesses. With fragmentation, you can develop your social media android app for broader devices, such as wearables, smart TVs, in-car systems, and more.

This is one of the biggest advantages you can get if you first develop your social media for android users. No doubt that many Google services are available in iOS, but the deep integration is still missing. Thus, you can leverage Google’s features and develop a tailored social media android app.