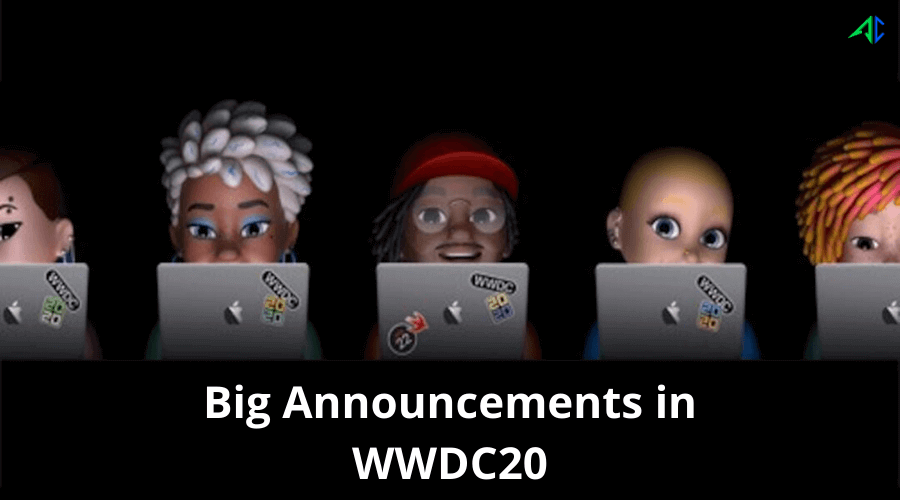 Apple’s yearly conference for software developers and companies always kicks in with something great and leaves us all awestruck. Likewise, this year was no different. In this blog, we’ll cover everything Apple announced at WWDC 2020.

Apple’s 31st Worldwide Developers Conference (WWDC) 2020 kicked off on Monday, June 22, with a jam-packed, all-online experience, streamed directly from Apple Park. Normally, Apple charges $1,599 as a ticket amount to attend the WWDC conference, but this year it was free. For the very first time, Apple’s WWDC was digitally-only with no physical gathering due to the ongoing COVID-19 pandemic.

What Is Apple’s WWDC?

The Worldwide Developers Conference (WWDC) is a yearly meet up organized by Apple for software developers and companies that create apps. Apple’s WWDC event is held annually during a week in June. The conference consists of the keynote address, presentation sessions, one-on-one consultations, get-togethers, and events.

Last year, WWDC 2019 announcements witnessed the launch of the new Mac Pro and Apple Pro Display XDR. This year Apple’s WWDC 2020 was different. It kicked off with a two-hour-long keynote with no introduction to new hardware. However, it includes the latest updates to iOS, iPadOS, macOS, watchOS, tvOS, and Apple Silicon. The updates that Apple announced have the aptness to influence the mobile app industry significantly. Read on to know more!

iOS 14 will be available in the iPhones most probably from July (official release date is not announced yet); however, developers can access it from June 22. Apple introduced some amazing new features in iOS 14. Let’s have a look:

watchOS 7 is the new update you’ll see coming in your Apple Watches. WWDC announcements highlighted some major features that will be seen in watchOS 7. Let’s have a look at them:

macOS is headed back to the mainland this year with the reveal of Big Sur. This was the biggest surprise to mac owners as the new version of macOS is a complete redesign and reimagining of the software. Let’s get right into the updates:

The new software for Apple TV wasn’t really detailed that much, but there are some small, yet handy updates that you’ll see coming to tvOS 14. Let’s have a look:

Apple made its historic announcement. Now it will be developing its own processors for Mac systems in the future. Let’s dive in to know other updates:

Apple’s yearly WWDC event is dedicated to developers, but this time it was about consumers as well. These were some significant announcements about software updates to its various operating systems (OS) that Apple came across in WWDC announcements. Seeing the major updates in iOS, iPad, macOS, watchOS, and more, we believe that the app industry will continue to flourish for the foreseeable future. What do you think?