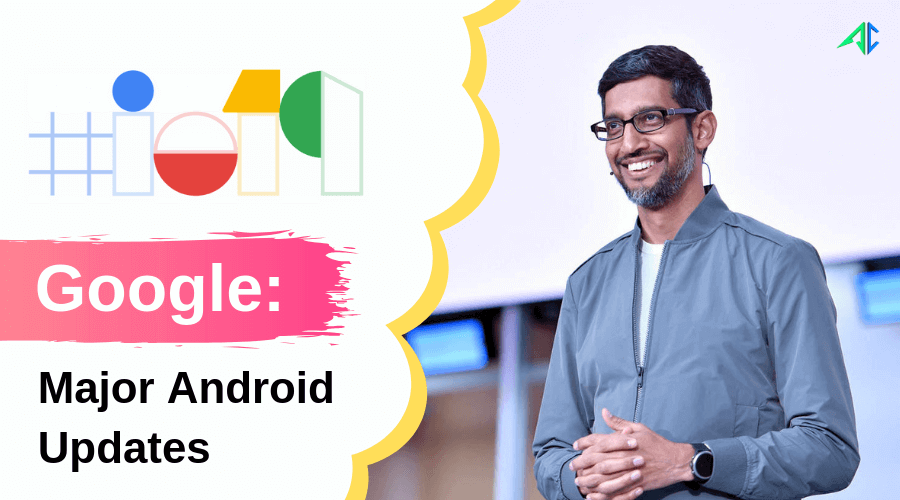 In this blog post, we have covered all the major announcement which were made in the Google I/O 2019 to boost up android apps.

Started on May 7th and ended on May 9th at Shoreline Amphitheatre in Mountain View, California, Google I/O 2019 made the week special for both developers and app users.

We’re going to talk about every important update, which can improve Android apps, in terms of performance, security, user engagement, etc. But, before this, it’s important to discuss certain basics of the Google event, to cater to those who have a curiosity to explore everything about the event.

What does I/O Stand for in Google I/O?

First organized in 2008, Google I/O is also narrated as I/O that stands for input/output. ‘Innovation in the Open’ is the most popular slogan that defines I/O in a better way.

Where is Google I/O?

Major Announcements and their Impact on Android Development

Every Android developer must take into account these major announcements, for creating performance-packed, scalable and user-centric apps to cater to custom business needs.

Jetpack got a major update in the form of 11 Jetpack libraries that can make Android app development faster and easier. Whereas earlier introduced Jetpack Compose is used to simplify UI development.

New in Chrome and Web

Addressed by Ben Galbraith, Dion Almaer, and others, this session at Google I/O 2019 majorly talked about certain improvements for web platforms, while primarily focused on three key goals such as Instant, Powerful, and Safe.

Addressing the session at Google I/O 2019, Tor Norbye said, “We are not going to introduce any new tools and technologies for Android development this year. Since we have focused on your issues and worked hard to resolve them.” He focused mainly on issues such as System Health, Feature Polish, and Bug Backlog.

Addressed by Vadim Caen, Jerome Gaillard, and others, this session at I/O 2019 was primarily focused on creating layout, navigation, resources, and inspection.

Presented by Emily Shack, Fortuna and others, in this session at Google I/O, there were many talks on how to make Flutter app beautiful and platform adaptive. The main focus was on various code practices to make Flutter app development more effective with improved user experience.

In this session of Google I/O, addressed by Artur Tsurkan, Mike Digman, Abodunrinwa Toki, and others, much was explained, in terms of the way Android can empower developers to enable their apps perfectly to help users get things done properly. However, the main focus was on three key factors including sharing, notification, and multi-tasking.

The session was addressed by Mike MacDonald, Frank, Jen, and Kat, who described expense tracking and also focused on the Firebase app. They emphasized on many key factors like scanning a report, determining total on receipt, and keep a running total of expenses. Firebase doesn’t need creating any infrastructure for your application.

The recent updates by Google, are directed towards improving functionality, performance, and user experience of Android apps. So, businesses seeking to have an app has a genuine reason to choose Android application, and reap out its potential benefits to their improve growth and revenues.

You may have a game-changing Android app idea, but if you don't know how to shape it the right way,...